The first blow was made from the US data: increasing salary growth caused tightening in the Fed’s tone. It became clear that FOMC is set to deliver 4 rate increases in 2018. Overvalued by many standards, American markets began to fall sharply, in two weeks lost more than 10%. And though in August they managed to get out of the pit, it renewed historical highs only 9 month later. Moreover, October peak in S&P500 was only by 2% above January one.
Ironically, in general the U.S. economy has shown steady growth during the year. It grew much better than expected by the market, allowing the Fed to implement its plan and raise every quarter. FxPro analyst said that these policy tightening pushed the markets down and strengthened the dollar. 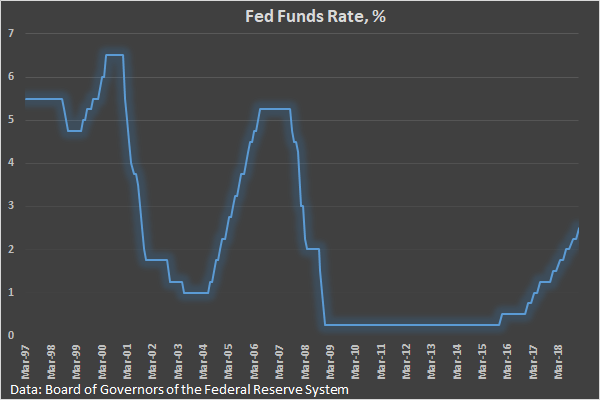 An even more serious sale gave rise to the October comments of Powell. The chairman of the Fed then made it clear that at least the rates are close to the neutral level, they can rise further to avoid economy overheating.

Ultimately, it was the Fed that provoked a wave of sales, as it focused on the strength of the domestic economy, ignoring what was happening outside of inflation and GDP growth in the U.S.